Macedonia capital city – Skopje city is located in the “Skopje basin” on the two sides of Vardar River, on an elevation between 220 and 400 meters. According to the 2002 census in Skopje lived 467.257 people.

The city is situated in an area of 7.820 ha and has very good traffic and a strategic position.

Skopje is gravitational center of Macedonia and towards Skopje lead all major highways: Skopje-Kumanovo, Skopje –Veles and Skopje – Tetovo – Gostivar.

The Macedonia capital Skopje is also the center of the train traffic in Macedonia and nearby in the Petrovec area, the modern Skopje Airport is located, 23 km (14 miles) from the city center.

Skopje has a moderate continental climate, with an average yearly temperature of 12 C (53.6 F) and an average rain quantity of 502 mm.

Skopje is an old city and the area on which it lies was inhabited as early as 4000 BC.

In the antique period Skopje, then called Skupi was the capital of Dardania. Under the name of Skupi it is mentioned by Ptolemy in II century AD. In that period the city (Skupi) lied on the area “Zajcev Rid” located today between the suburbs Bardovci and Zlokukani.

In Roman time the city had an important strategic position and within was stationed the Seventh Roman Legion.

In 518 AD Skupi was ruined by an earthquake.

The population didn’t renew the old habitat, but on the area between today’s Skopje Kale (Skopje Fortress) and Gazi Baba, on both sides of the river Serava, a new city was built.

The new habitat grew rapidly especially during the rule of the Byzantine Emperor – Justinian the Great, when Skupi became a well-arranged city in which lived several thousand people.

At the end of VII century (695) Skupi was captured by the Slavs, which named the city – Skopje.

During the time of Tzar Samoil (976 – 1018) Skopje is mentioned as an episcope center.
At the end of the XIII century (1282) Skopje becomes part of the medieval Serb state.

Tzar Dusan proclaims Skopje for its capital and here the famous “Dusanov Zakonik (Constitution)” was brought.

In this period the city gets many ottoman-oriental marks.

Commercially Skopje developed very fast, especially between the XVI and XVII century, when it becomes one of the most developed cities in European Turkey (Ottoman Empire).
The city became an important trade and commerce center. For accommodation of the tradesman were build several caravan palaces and An’s (rest-houses), among which Kusrumli-An, Suli-An, Kapan-An…

Skopje than had ~ 12.000 houses with population ~ 60.000. It also had 2.150 shops, one covered bazaar, 70 public baths (Hamam), 120 mosques and many guest houses and palaces. The trade caravans kept a constant connection with the cities Solun (Thessaloniki), Belgrade and Dubrovnik.

In 1689 during the Austrian – Turkish war, the city was burned by the Austrian General Enea Silvio Piccolomini and it was totally ruined.

The population had abandoned the city, from which one part went as far as Constantinople, establishing there the Uskub neighborhood.

Another part of the population, mostly ethnic Macedonians settled far north in Pannonian lowland. This was the main reason why according to the traveler-writer Bozur, the city in XVIII century had only 5 – 6000 population.

In the XIX century, the city of Skopje starts to develop again and in the middle of the century, it already became a major trade center.

Between the two world wars, Skopje was the administrative center of “Vardarska banovina” in the former kingdom of Serbs, Croatians and Slovenes (SHS).
From Bulgarian and German occupation Skopje is liberated on 13th November 1944, and within the first Government of Federal Macedonia is proclaimed, with Skopje as capital, as part of Federal Republic of Yugoslavia.

On July 26, 1963 the city was struck by another disaster, powerful earthquake which demolished 80% of the buildings in the city and 1.070 people died.

Thanks to the effort of the population and non-selfish help from all citizens of Yugoslavia, the United Nations, and 87 world countries, the city of Skopje was build again.

With the collapse of the Socialist Federative Republic of Yugoslavia, the Republic of Macedonia gained its independence on 8th September 1991.

The city of Skopje is administrative-territorial divided on 10 municipalities which occupy total area of 57.146 hectares, with 52 populated places.

Due to its convenient geo-position, the historical circumstances, and the big population, today Skopje is the most developed economic, cultural, educational, and political center in the Republic of Macedonia.

In Skopje, more than a third of the total industry in the Republic of Macedonia is located, with the companies like Ironworks Skopje, OHIS from the chemical industry, the refinery Okta, Alkaloid the pharmaceutical factory,  USJE concrete factory, and others.

In Skopje are located numerous political, social, cultural, educational, and health institutions, like the St. Cyril and Methodius University in Skopje,  Macedonian Academy of Sciences and Arts, many scientific institutions and museums like The Museum of Macedonia, Archeological, Ethnological, Historical and museum of natural sciences, Museum of the city of Skopje, Museum of contemporary art, several art galleries,  theaters, and libraries.

The capital of Macedonia Skopje has also many cultural heritage objects as a witness of the rich and turbulent past, among which the antique city Skupi, Kale (the Skopje fortress), The Stone Bridge,  The Skopje aqueduct, the Old Bazaar, Church St. Spas (Holy Salvation), numerous mosques and monuments from the second world war.

In the surrounding of Skopje also exist several cultural heritage monuments, among which St.Pantelejmon in v. Nerezi (1164), Marko’s monastery south of v. Susica, monastery St. Nikita in v. Banjani, St. Andrej on the coast of lake Matka, the church St. Archangel and Gavril above village Kuceviste, church St. Nikola in v. Ljuboten and others. 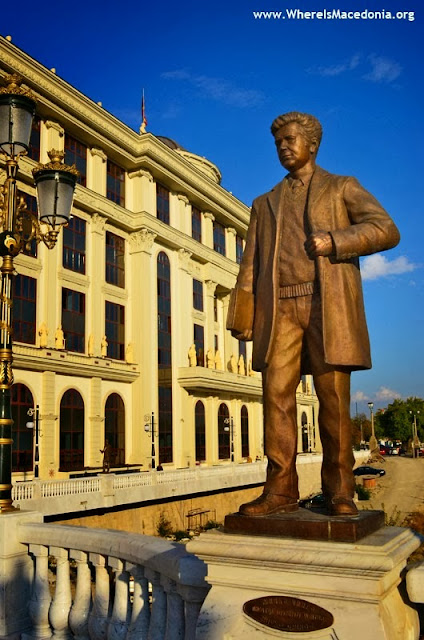 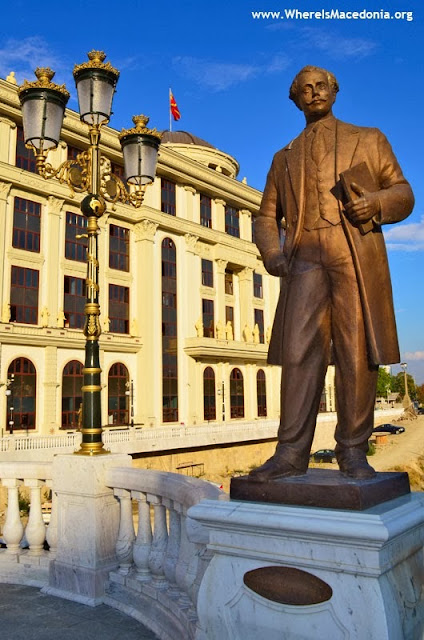 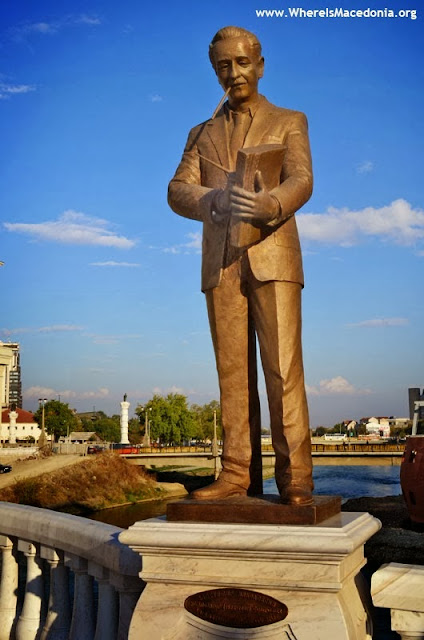 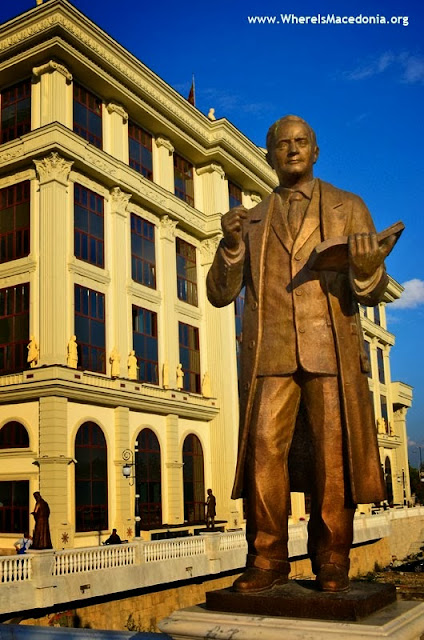 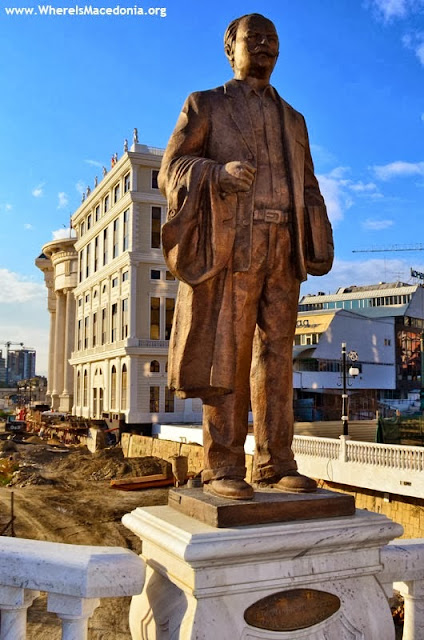 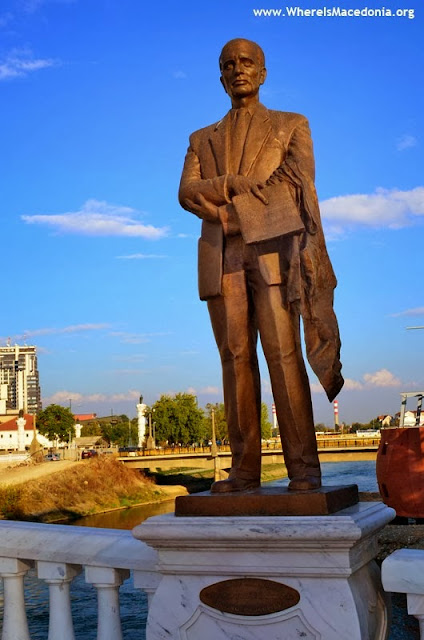 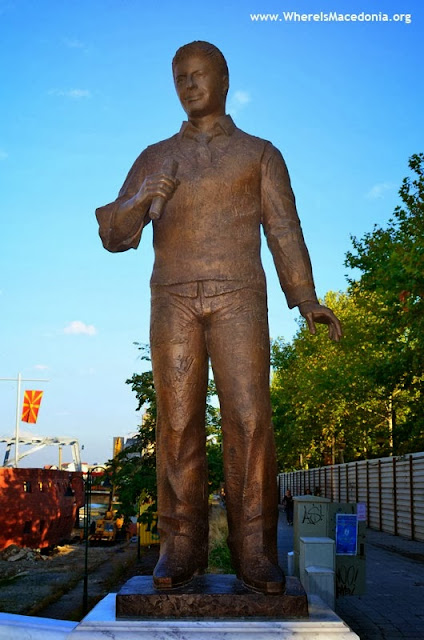 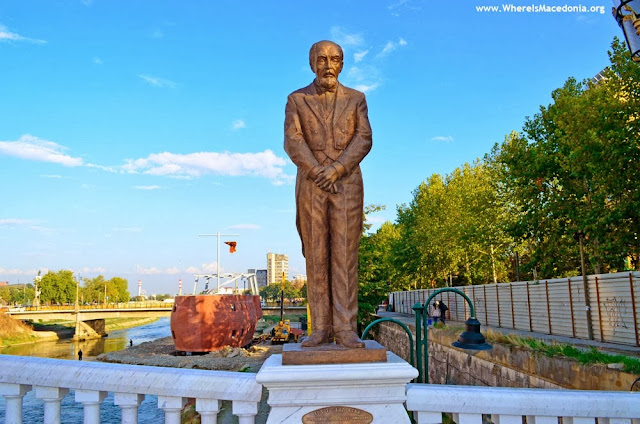 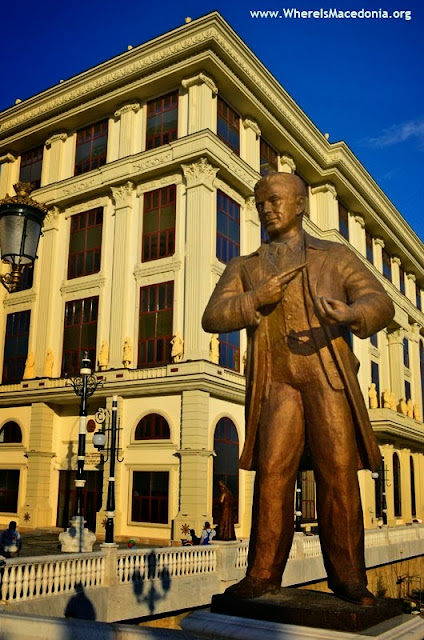 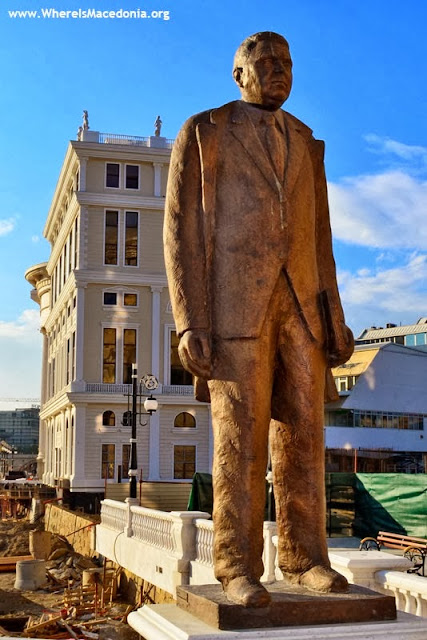 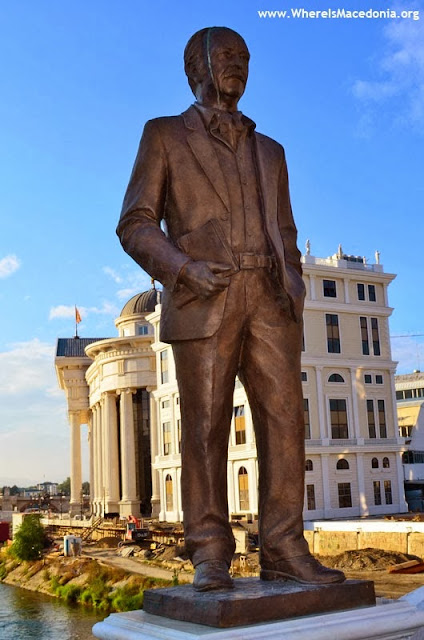 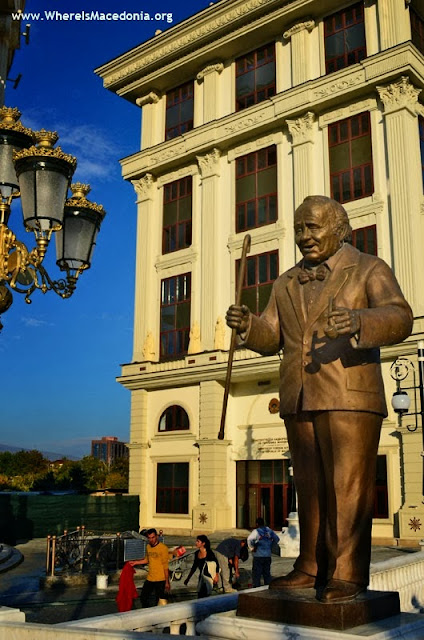 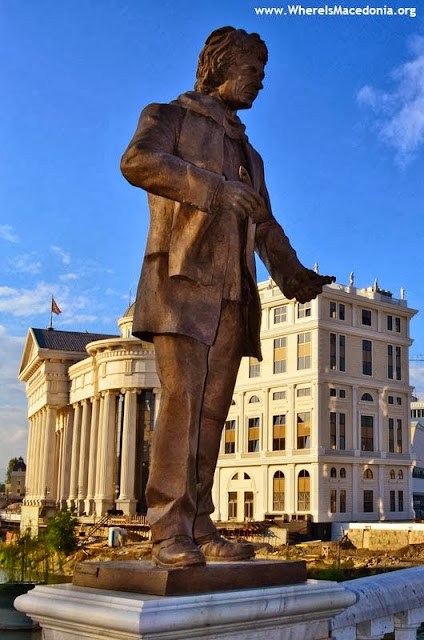 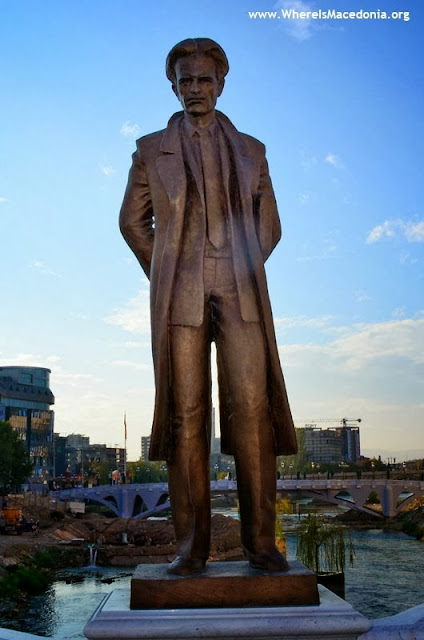 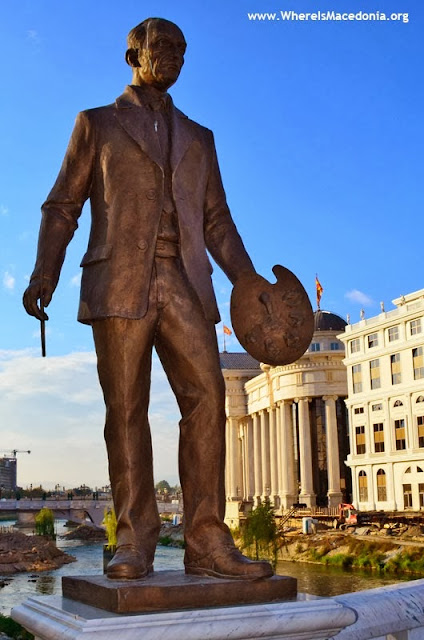 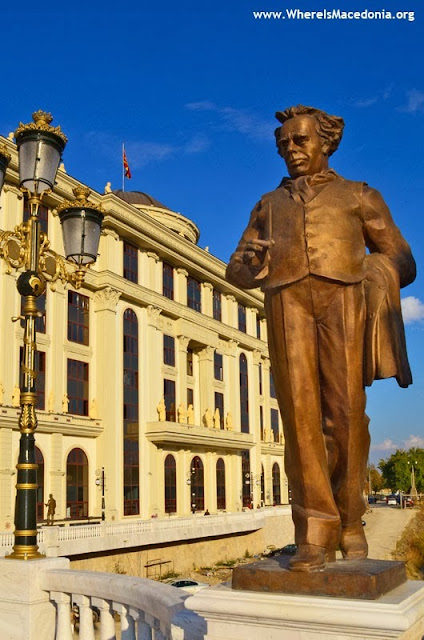 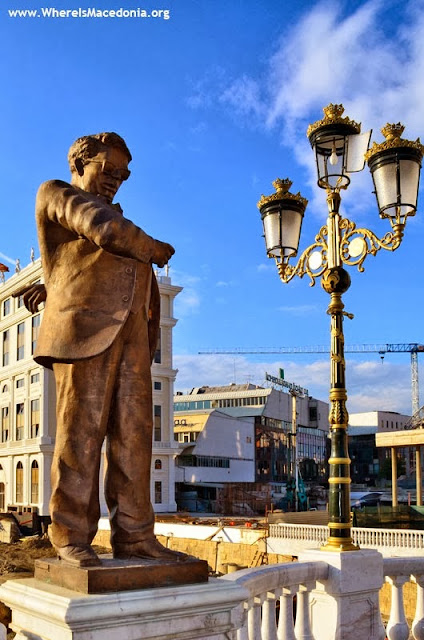 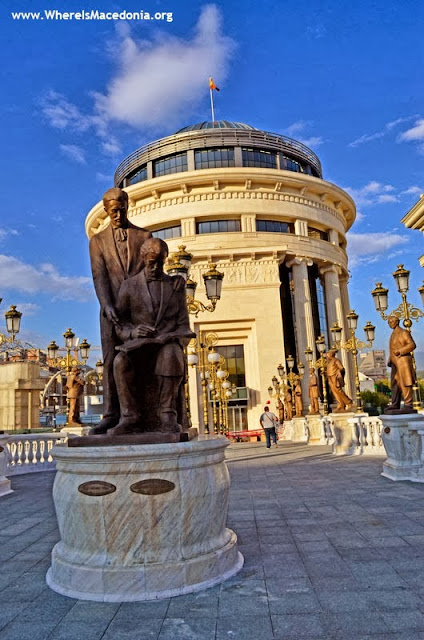 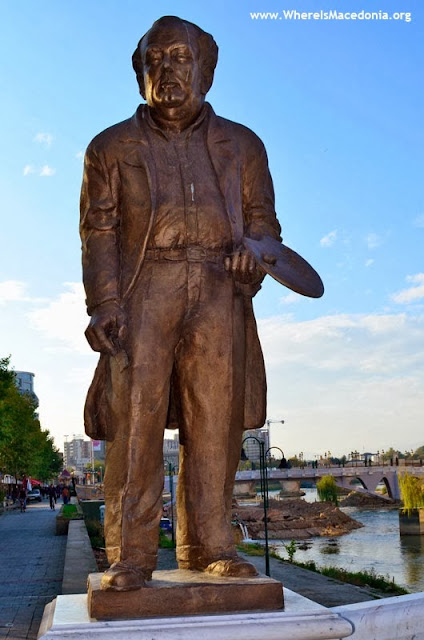 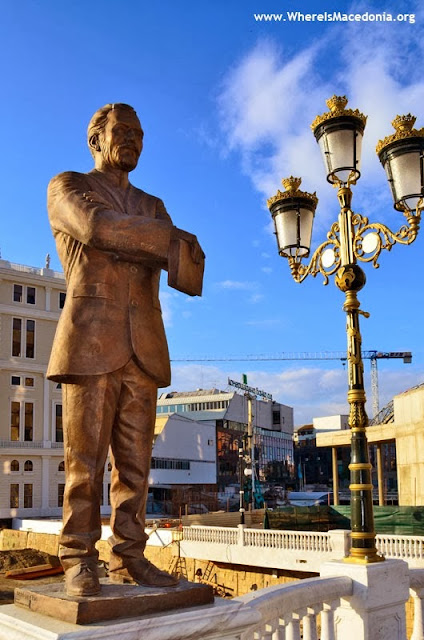 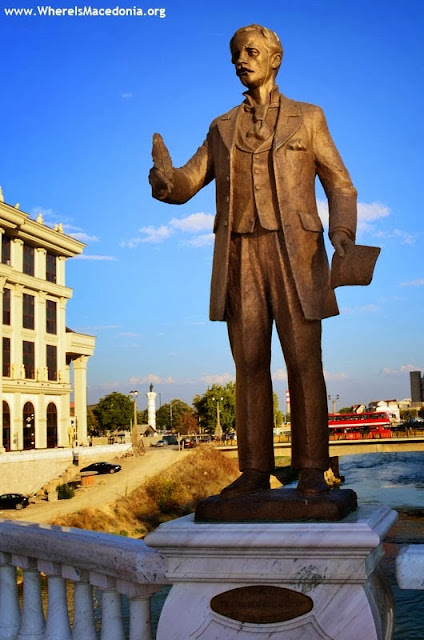 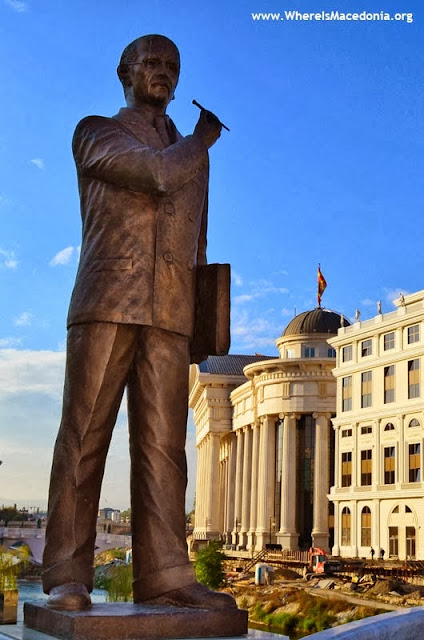 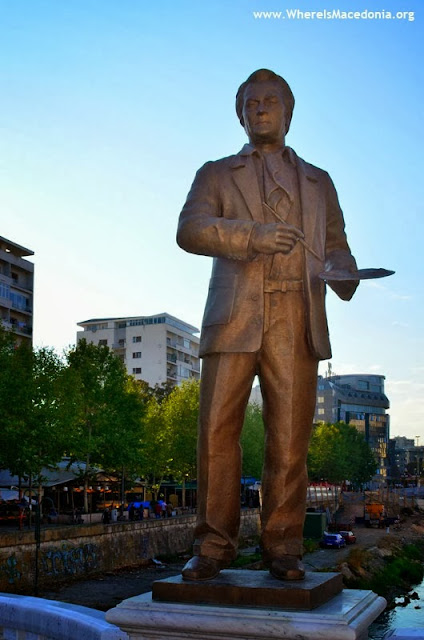 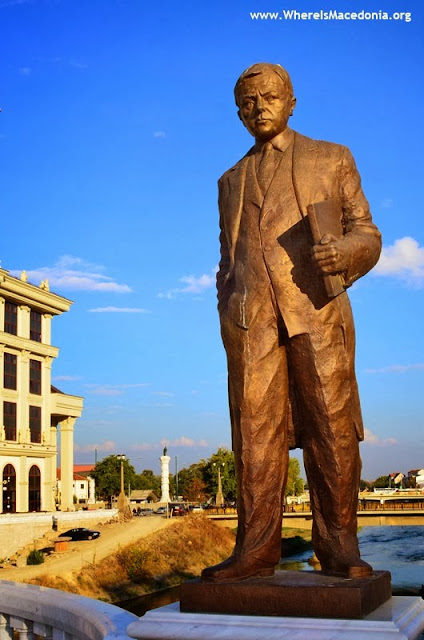 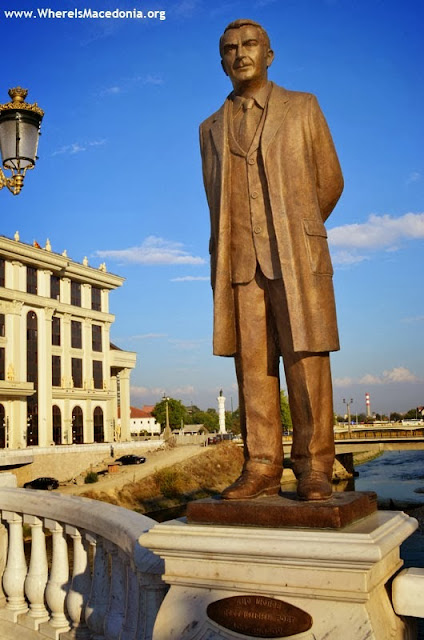